How Family DIY Projects Are Great For Mental Health 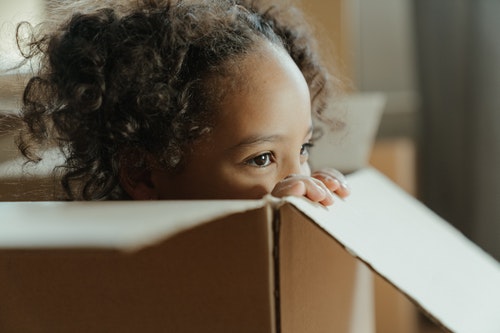 I had always known of my parents’ desire to move our little family of four to a farm for as long as I could recall. We already had a pretty good life in the city, considering both of them worked in the financial investment sector. But since they grew up on the farm themselves, they wanted the same thing for us.

The opportunity knocked when a family friend wanted to sell a small piece of land near the mountains in Montana. The man didn’t need to offer it to my parents twice as they agreed to buy it on the same day. I remembered Mom and Dad talking excitedly and saying, “I couldn’t wait to start building a house there and raising cattle and horses and sheep. I’m sure our kids would love farm life.”

In reality, I was against the idea in the beginning. I was ten years old at the time; even though I hadn’t been alive for too long, I spent all my years in the city. The change that the parents wanted to make sounded too scary for me. However, since they put a significant amount of money on building a farm, I went with the flow half-heartedly. I thought that I only needed to wait for eight more years before I could go back to the city where I belonged. 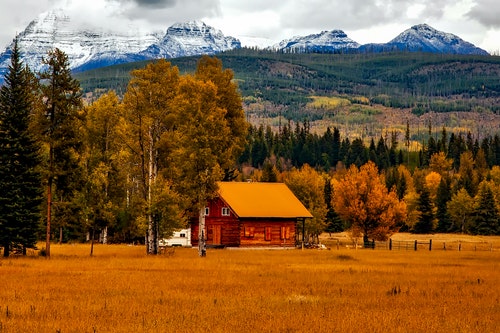 A funny thing about changes (which I realized later) was that you could never expect how you’d perceive it once you experience it. As mentioned above, when my parents were still discussing the farm, I felt upset about it. Though I knew there was no way for me to stay behind, I tried to plan how I could return to the city as soon as I turned 18 years old. However, once we started living in our new farm, I ended up liking it.

The land that my parents bought was at least two hours away from the town proper. When we arrived for the first time, there was nothing but the log house that they asked a contractor to build in a rush. Of course, I fell in love with it because I had been dreaming of living in one ever since I watched Snow White stay at the dwarves’ wooden home. My room even had a clear view of the mountain, so it was terrific.

The next day, I woke up and looked out of the window to see Dad opening the gates for a massive truck with livestock inside. I was so amazed when they set the animals free, and they started running around the farm. Chicken, horses, cows, sheep – you name it. My little brother and I spent the entire day running after them and making sure that they didn’t leave the property line. 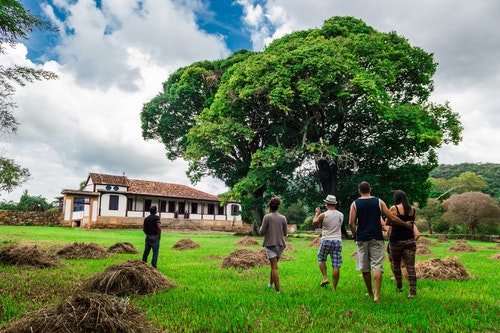 But you know, herding animals was not the most exciting thing that we did on the farm. Since our log house was the only structure erected in the land, there was no shelter for the animals. When I asked about it, Dad said, “Then, I guess we should start building it. Would you help me?”

Of course, I did. Every morning, Mom would wake us all up at six o’clock in the morning to feed all the animals. The feeding session usually took two hours, considering only my father could lift bundles of hay for the bigger creatures. My mother would then go back to the house to cook lunch while we proceeded to the barn site.

Though a couple of Dad’s friends came by to help, my brother and I tried to be the best assistants they could ever ask for. For instance, if they needed a wrench or hammer, we would be there to get it for them. If they were thirsty, we would run to the house to get a pitcher of ice-cold water and some snacks. And when it was painting time, we took pride in holding paint rollers and moving it as far as our little arms would let us. 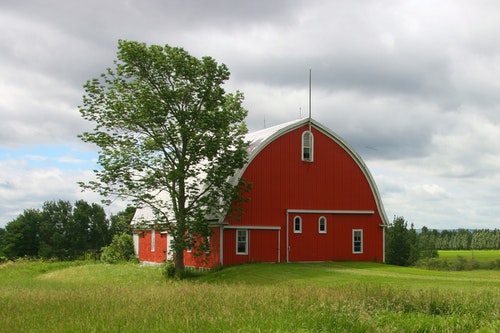 The entire family spent the summer DIY-ing the barn for the farm animals. It was much different from what I was used to, given that we were in the Bahamas a year before that, laying on the beach most of the time. However, looking back at it now, I must say that doing group DIY projects like that were more ideal for our mental health than going to any tourist destination.

After all, the projects gave my brother and me a sense of responsibility, which we never had when we lived in the city. We started waking up with a purpose; no one even whined about feeling bored because it was amazing to see the barn taking form before our eyes.

My parents didn’t hear me complain about moving to Montana since then as I embraced farm life completely. 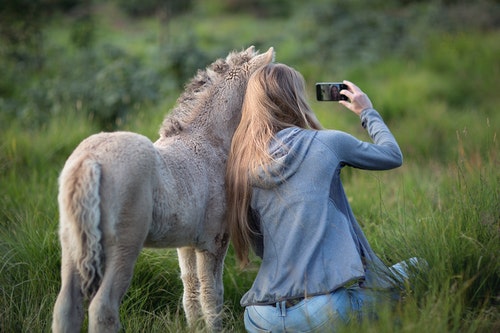 Protected: Acceptance Is The Key

How Colors Affect Our Mental Wellness

From the moment we wake up in the morning, we see colors everywhere. We don’t even take notice of how colors mean to our everyday lives. We know that the sun is yellow, the leaves are green, the sky is light blue, and the clouds are mostly white. 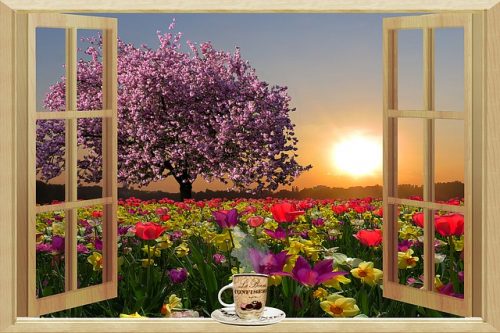 END_OF_DOCUMENT_TOKEN_TO_BE_REPLACED

Everything You Need To Know About Bronde 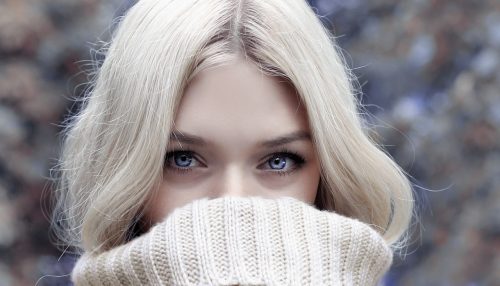 Are you exhausted about getting called a blonde or a brunette along with the connotations that are usually associated with such hair colors? You can gracefully extract yourself from such a situation when you choose to make your locks bronde.

What Does Bronde Mean?

Bronde is the portmanteau for the words blonde and brunette. It means that a person who has dark hair can add several layers of blonde color to it, and vice versa. This way, you do not have to fully transform your crown of glory and look like a different individual.

When Is The Best Time To Be Bronde?

We are not the type to discriminate with the seasons since they all have their confounding factors. Despite that, summer probably is the best time to become a bronde for a brunette. The hot weather gives you the perfect opportunity to get a tan by staying at the beach, after all. 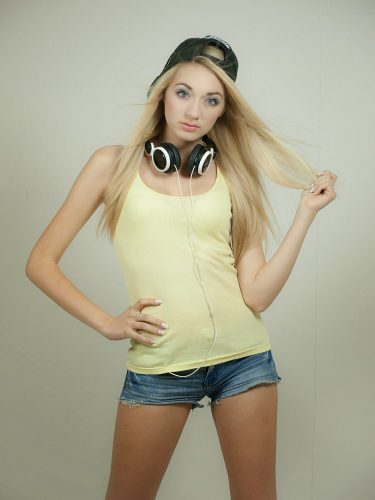 Now, it is a well-known fact too that the seawater and the heat of the sun may bleach your hair if you remain outside long enough. Thus, the new colors in your hair will seem so natural and blend well to the season.

In a blonde’s case, you can rock the brown highlights in the course of the fall or wintertime. As the leaves’ hue changes and drops to the ground, the fashion world leans towards the earthy shades as well. If you keep your light-colored hair yet follow the trend, you will stick out like a sore thumb. Meanwhile, during the winter, the bronde is more of a necessity if you do not like to get lost in the whiteness of the snow. You want to stand out, my dear, and that can only be achieved once you incorporate browns to your locks.

What Are The Benefits Of Being Bronde?

When you alter your hair color, you show the adventure-loving side of you. A lot of people hate change, which is the only constant thing in the world. You cannot be stuck in your old self for the rest of your life. Well, you can, but then that will be boring.

You may also experiment with colors. There are so many shades in between brown and blonde that will surely enhance the beauty of your hair. We like platinum and honey together as they create a seamless combo. In case you already have super pale or extra dark locks, mixing the two with medium and light brown will be beautiful.

You will not be required to touch up the roots, which is a necessity for the others. The reason is that the coloring does not always have to begin at the uppermost portion of the hair. It can be two inches away from the scalp or halfway to the bottom. You can do this the ombre way; that’s why anyone will think that it is merely part of the plan to have the color near the ends. 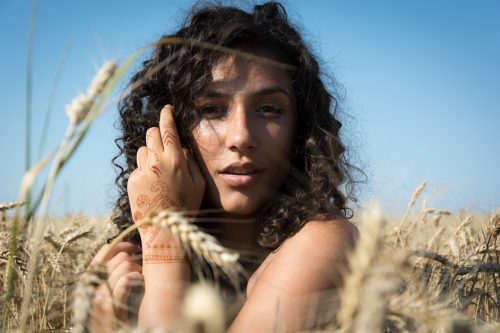 You can be bold without wearing short skirts or plunging necklines. You can be gorgeous even if you do not put makeup on. You can go in any place and earn second glances from the people around you without being loud or performing crazy stunts. You can attain all of these when you have bronde hair.

When there is a discussion about weaponry and armors from the 16th up to the 19th century, Michael Zomber is one of the few individuals who could speak at length regarding the subject matter.

Michael Is A Recognized Historian

Due to his passion for collecting antique guns, swords, and protective coverings that were used in the past in Europe, Japan, United States, and Islamic countries, he focused on mastering the history of each item that came to his possession. Zomber appreciated the artistic quality of these arms and found their real value to humanity. He was especially interested in the centuries mentioned above as well for the reason that those were the times when nations developed diverse kinds of armaments that would suit their needs.

This led Michael Zomber to become a contributor in a TV series created for The History Channel. For the show called Tales of the Gun, he appeared as a guest historian in several episodes including (but not limited to) Guns of the Famous, Dueling Pistols, Millionaire Dollar Guns, Guns of the Orient, and Automatic Pistols.

Nevertheless, being a historian is not his sole job description.

He Is An Author And A Producer

Michael Zomber graduated from the University of California, Los Angeles with degrees in both Psychology and English Literature. He later went back to the same campus to obtain a master’s degree for the latter. The wealth of intelligence that he had gotten from years of extensive studying gave him the aptitude to write screenplays, as well as fictional and non-fictional books, which were mostly related to history.

In his first book published in 2009, Shogun Iemitsu, Michael had illustrated his vast knowledge about the Japanese samurais’ antiquity, along with his capability to incorporate romance to the story. The second one, which was entitled Jesus and The Samurai, brought the readers back to that period when China and India were initially introduced to Christianity and on the verge of overpowering Buddhism in Japan. Once again based on historical occurrences, this novel demonstrated the woes and happiness that the Japanese warriors had experienced as they publicly showed their devotion to the new religion.

Michael Zomber also tried his hand at co-producing Soul of the Samurai, a documentary which was designed to maintain and spread information about how the ancient samurais lived. During the movie production, he made sure that all the accouterments that would go to the background setting conformed to the era that they were recreating. Even the armors and swords used in the film were authentic. Zomber took this opportunity to work with the founder of the Aikido Center of Los Angeles, Sensei Kensho Furuya, who had a deep understanding of how a samurai moved.

Michael Zomber may not be as famous as Steven Spielberg or James Cameron, but he is an impressive individual in his own right. He is a published author, a respected historian, and even a movie producer. These are endeavors that not every average Joe will be able to claim. His artistry undoubtedly shows in everything he does, which makes him amazing.