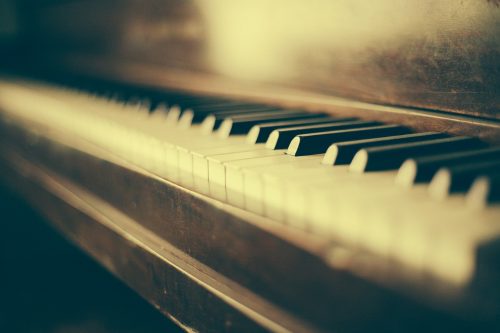 Are you one of those individuals who are wondering how a grand piano became as grandiose as it looks like or how it produces sound? Well, keep on reading this so that you do not have to disassemble one to know such things physically.

As for its sophistication, do not be shocked anymore if its beauty seems never to fade away because every grand piano that we see anywhere passed through the gifted hands of professional craftsmen who then make use of the delicate process to handcraft every piece of it entirely. It is the King of the Instruments that we are talking about, so the expertise of any person who makes a grand piano is of high importance.

Now, about the sound, it will be much better for you and for the entire human world (no pun intended) if you take a look at the parts of a grand piano below.

It is luscious curves on the case of the grand piano that makes it distinct among all the other keyboards invented through time. The craftsmen mold it from a piece of hardwood and isolate it in an enclosed manufacturing area until such time that portions of the grand piano are ready to be pieced together.

The soundboard is the “softie” part of the grand piano because it is usually made out of spruce wood which is a softwood that is known to cause more vibrant tones and thicker frequencies than a hardwood. Because of its softness, it captures the tremors from the treble strings so well and radiates throughout the grand piano. It serves as an asset for the instrument. 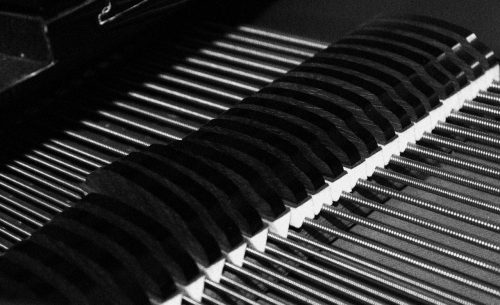 The frame is the skeletal part of this instrument. It is usually made out of iron so that it can efficiently hold the tension from the strings. You should know that it is not only the strings that are getting too used when a pianist plays so hard. The frame is useful as well since it is the end receiver of all the pressure coming from the lines.

The strings used in grand piano are from steel. It is much stronger than iron for the reason that they are in the epicenter of the intense vibrations. Flimsy strings cannot make do for this luxurious instrument. The idea is that the longer the string is, the lower the pitch it produces. The shorter the line is, the higher is the pitch that comes from it.

The action is the “starter of action” for the whole grand piano. It is attached to the keyboard. Thus, when any of those keys are depressed, it sends a signal to the hammers. It allows certain strings to produce a sound.

The pedals add more flavors to the sound that the strings are producing. A grand piano usually has three pedals called una corda, sostenuto, and damper, which are located from far left to far right. These are typically used to soften the note, to sustain the currently-depressed notes, and to sustain all notes, respectively. 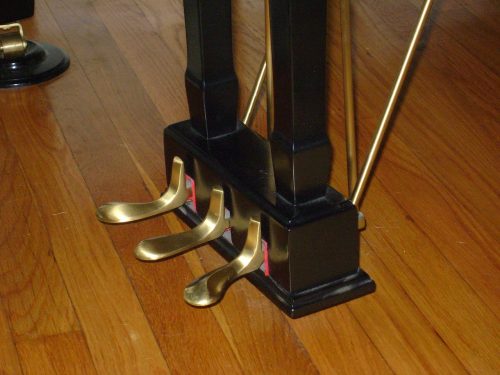 Knowing every part of piano matters, especially if you want to learn how to play it. This instrument is no different from a car, in the sense that you need to know the specifications before buying one. Otherwise, you may find yourself with something that you can’t use.