Home » The Evolution Of Mental Illness

The Evolution Of Mental Illness 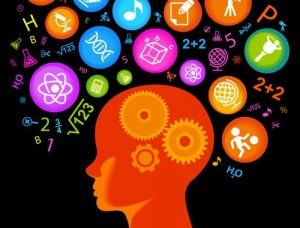 Despite many improvements in treatment and research of mental illnesses, there are still existing social stigmas that hinder the society from addressing the issue of increasing incidence. In the prehistoric times, mental illness was seen in a mystical perspective. Without division between magic, religion and health care, without any real understanding of the cause of the occurrence of the disease, the abnormal behavior is attributed to the supernatural. Treatment would include casting of spells by Shaman and exorcists. From 500 BC to 500 AC, various mental disorders were pinpointed as melancholia, mania, hysteria, delusions, and hallucinations. Then, in the 15th century, the ideas and opinions on mental illness surrounds in arguments of the existence of witches, finding basis and proofs that witches-oftentimes women-do exist, how to identify a witch such as deviant behaviors, insanity caused by possession of the devil, salvation of the soul was given more importance than the physical body and physical punishments.

According to Neel Burton, MD, “In antiquity, people did not think of ‘madness’ (a term that they used indiscriminately for all forms of psychosis) in terms of mental disorder but of divine punishment or demonic possession.” 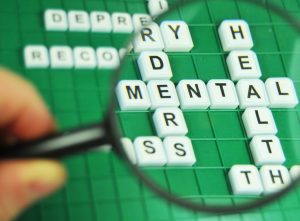 The 16th century was a time when mentally ill individuals were dangerous and were locked up in order to protect society. Mental illness was a topic tackled in literature. This was evident in the Shakespeare’s plays, but it was most apparent in the play “Hamlet.” Several characters in Hamlet might be identified as mad. Most notable are Hamlet and Ophelia. Deaths of their fathers drove the madness showcase in this game. Hamlet’s behaviors suggested a mental disorder. For instances, seeing the ghost of his father and the ghost urging him to seek revenge is an example of hallucinations. Visual and auditory hallucinations are one of the symptoms seen in individuals with some form of schizophrenia and schizoaffective disorder. Many people with anxiety, depression and panic attacks also encounter hallucinations. At some point, Hamlet questions his insanity whether it is, in fact, the ghost of his father or rather the devil itself who is betraying his soul.  In the end, his madness and quest for revenge resulted in the most tragic of the story: Death to himself and his loved ones. Another major character who also exhibited symptoms of mental illness is Ophelia. Ophelia showed signs of depression over the death of his father. The death of her father also destroyed her self-identify and it too bloomed the feelings of helplessness regarding her own life. The subject of mental health during these times may not have prompted dramatic action towards the treatment and management of mental illness, at least it became a vehicle of awareness regarding the fact that mental illness exists and can happen to anyone.

In the 17th century, the general belief was that if “mad” people behave like animals, they would be treated as one. A neuroanatomist and doctor, Thomas Willis advocated treatments such as curative discipline, fetters, blows and medical treatment.  The law decree that a mentally ill individual lacked the ability to reason so his affairs are handed over to someone else – nearest friend – who will not substantially benefit from his death. The care of the ill was a domestic manner and cared at home or private mental institution.

The 18th century was a dark age for the mentally ill. They were classified as prisons who are oftentimes, neglected. During this period, there was the development of asylums usually away from the public. The 19th century was a breakthrough and become a pivotal point in what mental illness is today. The mentally ill were treated in a specialized facility resembling a homey environment. Decent beds replaced the prison room with pictures of nature and loved ones and other decorative objects. A structured schedule was implemented, and inappropriate behaviors were tackled with the goal of restoring sanity and become a productive member of society.

In the 1960s, there was something referred to as “antipsychiatry.” Mark L. Ruffalo, DPsa, LCSW, wrote, “Perhaps the most pervasive — and harmful — claim made by antipsychiatry is that mental illness doesn’t really exist, and that the treatments for mental illness are merely concealed attempts to exert social control over the population.”

“There were many others who joined in on the attack on asylums, including Thomas Szasz, R. D. Laing, and Franco Basaglia, and using history to do so,” wrote Matthew Smith, PhD. “Political beliefs, personal turmoil, and the spirit of the 1960s—not to mention the beginning of deinstitutionalization—all played a role in shaping their arguments, as such factors usually do, even in the most “scientific” areas of medicine.”

With the present situation, a lot has changed since research, science and digital technology have intertwined and allowed the discovery of treatments and innovations on how to treat and handle mental illness. There has been a lot of promising changes, however, we still need more human involvement and understanding in relation to our attitude and behavior with persons suffering from mental illness.